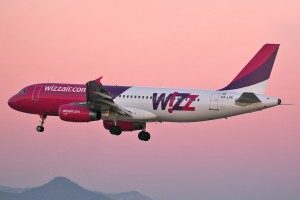 Wizz Air, the leading air carrier in Central-Eastern Europe and one of the fastest growing airlines in Europe, today celebrated the inauguration of its newest hangar in Sofia. This will be the company’s 4th dedicated maintenance centre in Europe and the first one in the Balkans area.

The modern facility opened in Bulgaria will ensure the high standard line-maintenance for the airline and has the option for an additional bay, increasing the local maintenance capability for the Airbus A320 aircraft family.

The new maintenance centre built at Sofia Airport will have the capacity to carry out more than 300 line maintenance processes per year. Thanks to the sheet metal and the composite repair shops at the hangar with highly trained personnel, basic metal reparations can also be carried out.

Wizz Air’s fleet has grown to already more than 100 aircraft in just 14 years after the start of operations, expanding its operations across Europe with an average 20% annually. The airline’s fleet currently consists of 71 Airbus A320 and 31 Airbus A321 aircraft, being one of the youngest fleets in Europe, with an age of just 4.6 years. The modern Airbus A320 aircraft family has an average utilization of nearly 13h/day, enabling the company to keep its unit costs low and at the same time, to provide the lowest fares possible to its customers.

Wizz Air’s future growth plans are underpinned by committed orders for a further 266 latest-technology Airbus aircraft for delivery until the end of 2026 that will support the development of its network.  As it drives towards its ambition of becoming one of the top 5 airlines in Europe, WIZZ will further stimulate underserved markets by making flying affordable to even more customers.

Wizz Air started its operations in Bulgaria 12 years ago and since then has continuously invested in its ever-growing network, always looking to bring more low-fare travel opportunities for its customers in Bulgaria. Wizz Air has 8 based aircraft, one in Varna and seven in Sofia, including 4 ultra-efficient A321. Since the first WIZZ flight from Bulgaria, over 12 million passengers have travelled on 45 routes to 20 countries.

Between January and May 2018 over 1 million passengers have already enjoyed WIZZ’s low fares, easy booking system and excellent on-board service to and from Bulgaria, an increase of more than 28% compared to the same period of the previous year.

At the press conference in Sofia, Andras Rado Corporate Communications Manager of Wizz Air, said: “We are delighted to start using our new hangar bay in Sofia, our first ever dedicated maintenance capability in the Balkans with the capacity to carry out over 300 line maintenance sessions. This investment, further strengthens Wizz Air’s commitment to Bulgaria, the city of Sofia and supports the creation of additional local jobs. Wizz Air’s ever growing fleet has recently inaugurated its 100 aircraft and as Bulgaria’s number one low cost airline, Wizz Air continues its strong growth and creates ever more opportunities for its travellers to discover Europe and beyond at the lowest fares.”

We highly value our partnership with Wizz Air and we’re glad to provide the required space in the new high-tech facility of Rose Air for their needs. We believe this strategic decision of Wizz Air, apart from the clear benefits for the low-cost carrier and all stakeholders, would create possibilities for additional highly qualified engineers and maintenance staff professionals. At the same time, it would help retaining of local talented specialists to further enrich the big MRO (Maintenance, Repair and Overhaul) industry’s potential of Bulgaria as a country with nearly 100 years of airplane construction history. We are truly content with the quality of the new project and the possibilities it has further opened for the carrier and the MRO industry in our geographic region.