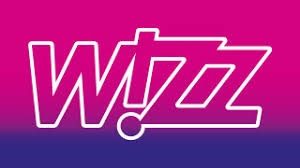 Wizz Air, the leading low-cost airline in Moldova and one of the fastest growing airlines in Europe, today announced a 68% increase of its Chișinău operations adding asecond Airbus A320 aircraft at its local base in December 2018. At the same time WIZZ will launch five long-awaited routes from Chișinău to Memmingen, Dortmund (Germany), Paris Beauvais (France), Copenhagen (Denmark) and Brussels Charleroi (Belgium). Together with the new connections, some of the most popular services from Chișinău to London-Luton, Milan-Bergamo, Venice-Treviso, Berlin-Schönefeld and Rome-Ciampino, will have increased weekly frequencies. In total 17 incremental flights are added to WIZZ’s schedule from Chișinău in 2019. Tickets are already available on wizzair.com from as low as EUR 19.99*.

Wizz Air started its operations from Chișinău International Airport in 2013 and since then has continuously invested in its ever-growing network, always looking to bring more low-fare travel opportunities for its customers. Today’s announcement brings WIZZ’s investment in its Chișinău base to more than $200 million** and in 2019, by increasing its operations with 68%, will offer over 700,000 seats on 13 routes to 8 countries. The new aircraft will arrive in December 2018 and will support the service of six new routes. Frequencies on WIZZ’s most popular services from Chișinău will be increased with the arrival of the new aircraft. Expanding its operations in 2018 to two modern aircraft, Wizz Air will have a local staff of more 70 direct employees and will contribute to the employment of over 500 indirect jobs***. The next Cabin Crew Recruitment sessions are already scheduled for the 10 of July and the 10 & 22 August in Chișinău.

Between January and May 2018 over 158,000 passengers have already enjoyed WIZZ’s low fares, easy booking system and excellent on-board service to and from Chișinău, an increase of more than 33% compared to the same period of the previous year.

At the press conference in Chișinău announcing the expansion, George Michalopoulos, Chief Commercial Officer of Wizz Air, said: “Wizz Air, Moldova’s number one low cost airline, continues its strong growth and creates ever more opportunities for its travelers to discover Europe and beyond at the lowest fares. Today we announced new investments in our Chișinău base, by allocating a second Airbus A320 in December 2018. In addition, WIZZ network from Chișinău will be diversified with 5 long awaited routes to France, Germany, Denmark, and Belgium and 5 of our existing routes will have frequency increases. Our continuous growth in Chișinău further strengthens Wizz Air’s commitment to Moldova, the city and the airport of Chișinău, as well as stimulate the tourism and hospitality sectors in Moldova.”