Passengers were stuck on a stranded train for up to eight hours after torrential rain caused a landslip turning the journey into “a nightmare”. 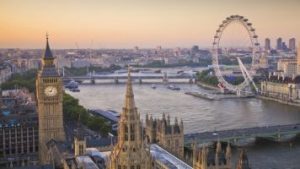 The London to Nottingham service was stuck in Corby, Northamptonshire, on Thursday. A rescue train became immobile after it was diverted to a flooded line due to a trespasser.

Food and water ran out on-board and one woman passenger collapsed.

East Midlands Trains said there was “no estimation” when the line would reopen.

Network Rail workers are “on-site assessing the damage and clearing the line”, a spokesperson for the rail operator added.

Elliot Gardner, who arrived home in Lincolnshire at 03:00, said it took several hours to work out how to get everyone on the second train, with people eventually led over a gangway.

The train operator has apologised to all those caught up in the disruption, saying it was a “challenging situation” due to the amount of rubble and flooding hindering rescue efforts.