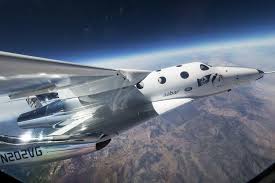 A subortbital space flight service for travellers is likely to be launched from a spaceport in Italy in a few years after Virgin Galactic had inked agreement with two of the nation’s largest aerospace brands.
This agreement with leading private space company of Italy, known as SITAEL and ALTEC that is a public-private company owned by Italian Space Agency and Thales Alenia Space outlines plans for a spaceport to be built in the province of Grottaglie in southern portion of the country.

Apart from offering launch facilities to take rich guests on a once-in-a-lifetime tour to the edge of space this spaceport would also be utilized by customers including the Italian Space Agency as a science platform for high-frequency space research, Virgin Galactic mentioned in a release.

Virgin Group founder Richard Branson said he believes the collaboration will provide “a real impetus as we strive to open space for the benefit of life on Earth”.

Virgin Galactic could launch its first commercial service for tourists from its existing Spaceport America in New Mexico.

Virgin Galactic recently said it believes it can begin offering suborbital space trips in the next 12 months. Around 700 people have already booked a seat with the company, with each ticket costing $250,000. Virgin Galactic said the growing list of customers means anyone buying a ticket today will probably have to wait until at least 2021 before they can climb aboard the aircraft.