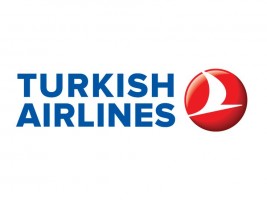 Turkish Airlines is the exclusive sponsor of CNN International’s newest show – Quest’s World of Wonder – in a TV and digital campaign to further raise awareness amongst business and leisure travellers that the airline is a leading global player flying to more countries and international destinations than any other airline.

Starting this week through a partnership with CNN International Commercial (CNNIC), the sponsorship of Quest’s World of Wonder sees Turkish Airlines billboards around every TV episode of the new immersive travel show. Each month the 30-minute show produced by CNN Vision follows the inimitable Richard Quest as he visits a different destination to dig deep into its DNA, exploring what drives a city and the people who live in it. The sponsorship also features a ground-breaking and stylish product placement that seamlessly integrates Turkish Airlines into the title sequence of each show, uniting CNN and Turkish Airlines in their shared passion for travel.

On digital, Turkish Airlines has exclusive advertising on a dedicated online destination within CNN Travel for the show and additional content about the cities that Quest explores. In addition, a Turkish Airlines brand campaign will run across various CNN TV and digital platforms later this year.

“This partnership is a compelling combination of first-rate content, innovative creative solutions and clever use of CNN’s various TV and digital platforms,” said Rani Raad, President, CNN International Commercial. “Turkish Airlines has an impressive story to tell about its ever-expanding customer offering, and with this project we’re delighted to provide them the opportunity to share this story with the world through the various CNN channels. As CNN continues to set the standard for the industry we relish working with partners such as Turkish Airlines who are willing to experiment with new ideas and go beyond traditional advertising solutions.”

Turkish Airlines Chairman of the Board and the Executive Committee M. İlker Aycı added: “We have a strong long-standing relationship with CNN and we knew the series would be in safe hands with a seasoned traveller such as Richard Quest. The series was a natural choice for us given the synergies in global appeal, reach and audience and with the upcoming opening of the Istanbul New Airport, more people than ever can travel with Turkish Airlines. We fly to 304 destinations worldwide and the 13 destination which Richard selected for this series provides a real cross section and mix of experiences. We hope viewers will enjoy the variety and take inspiration for widening their world.”