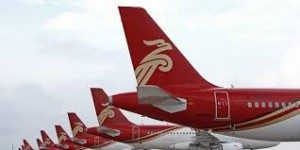 Shenzhen Airlines, an airline company headquartered in Shenzhen Bao’an International Airport in Bao’an District, Shenzhen, Guangdong is planning to enter the long-haul market by launching a route from its hub in Shenzhen, China to London’s Heathrow Airport in late October.

The new long haul route will be operated by Shenzhen Airlines’ Airbus A330-300 aircraft, which currently services the airline’s short and medium-haul routes from China. Shenzhen Airlines is majorly owned by Air China and operates flights within China and a few regional destinations across Asia.

Although , a city of around 11 million people, is one of China’s most wealthy megacities housing China’s biggest tech companies such as Huawei and Alibaba, it only has two services to Europe operated by Air China and Hainan Airlines.

Currently, only Guangzhou and Hong Kong in China’s Pearl River Delta region have multiple flights to a range of cities across Europe. Shenzhen will be seeing more flights to Europe now with Shenzhen Airlines and Hainan Airlines opening new routes to service China’s “Silicon Valley” before the end of 2018.

There are more travellers wanting to travel to Europe from Shenzhen are limited with options unless they travel to next-door Hong Kong. Hong Kong has the most flights to Europe from the Pearl River Delta, however, it requires transferring to a high-speed ferry taking one hour.