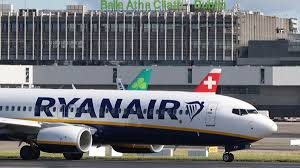 Ryanair today (28 Aug) confirmed that its Italian pilots had voted overwhelmingly in favour of a new Collective Labour Agreement (CLA) which was negotiated and signed between Ryanair and ANPAC (Italian Airline Pilots Association) on 9 August last.

Ryanair welcomes this first pilot CLA in one of its largest EU markets. Today’s vote in Italy comes shortly after Irish union FORSA has signed, and recommended, a mediation agreement to Ryanair’s Irish pilots, who are currently voting to approve this agreement.

“We welcome this first CLA with our Italian pilots and hope that it will be shortly followed by a similar agreement covering our Irish pilots. We have invited our UK, German and Spanish unions to meet with us in the coming days so that we can negotiate and hopefully agree similar pilot CLAs in these other larger markets. These agreements demonstrate the real progress being made by Ryanair in its negotiations with its pilots and their unions across different EU markets.”