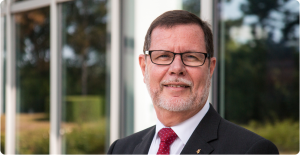 Philippe Saeys-Desmedt (57) brings many years of airline management experience and expertise in different African markets into his new position. The Belgian started his career at Sabena in 1986, when he joined as Cargo Operations agent. Only one year later he moved to their sales department as airline representative for European Institutions. In 1990 he was appointed General Manager for Uganda, as he began gaining expertise in Africa. He then went on to develop the sales activities in Germany, Cameroon and Equatorial Guinea for both Sabena and Swissair. Under the new succeeding airline Brussels Airlines he became responsible for sales and ground operations as General Manager for Eastern Africa, Senegal and the Democratic Republic of Congo. He was also active as Foreign Trade representative in several African countries for the Belgian Government. Since 2013 Philippe Saeys-Desmedt has been acting as Vice President Sales Africa for Brussels Airlines, responsible for a team of 350 local staff.