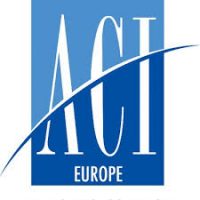 A report by ACI Europe reveals that passenger traffic at Europe’s airports grew by an average +4.4 per cent in first quarter 2019. The EU market reported growth in Q1, despite the fact that March traffic (+4.1%) was affected because the Easter holidays slipped into April in 2019. The ‘ACI Europe Airport Traffic Report – March & Q1 2019’ includes 238 airports in total representing more than 88 per cent of European air passenger traffic.

Airports in Austria (+21.6%) and Estonia (+13.3%) posted double-digit growth in Q1. Airports in Poland, Slovakia, Romania, Greece, Ireland, Portugal, Spain and Luxembourg also grew well above the EU average. Conversely, Sweden was the only country that reported a decline in  passenger traffic(-4.1%) mainly as a result of the country’s aviation tax and fast increasing environmental pressures limiting demand.

Meanwhile, passenger traffic barely grew in Denmark (+0.9%) and significantly underperformed in Belgium (+1.9%) due to ATM strikes as well as in the Netherlands (+1.8%), due to severe airport capacity limitations.

Airports in the non-EU market grew at a slower pace in Q1, mainly due to traffic losses in Turkey (-3.7% – as a result of the recession affecting the country), Iceland (-8.8% – following the bankruptcy of long/medium haul budget airline WOW in the final days of March).

ACI Europe is European airport trade body. Its report is the only air transport report which includes all types of civil aviation passenger flights: full service, low cost and charter.