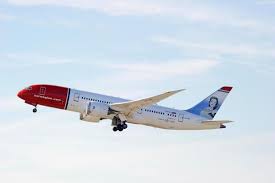 Norwegian, the World’s Best Low-Cost Long-Haul Airline and Airline of the Year 2017, has won the “Favorite Budget Airline” award in the 2018 Trazees Awards survey by Global Travel magazine. The winners were announced on trazeetravel.com on July 1 and in Global Traveler’s July issue. Global Traveler magazine is a sister publication to trazeetravel.com. The award itself will be presented at the annual GBTA Party in San Diego on August 14..

“Congratulations to Norwegian on its win in the 2018 The Trazees awards. Norwegian’s impressive expansion while maintaining reasonable fares and a quality product is impressive, and it’s clear our readers, the sought-after 18-35 demographic, are taking notice and will continue to do so,” said Francis X. Gallagher, publisher and CEO, FXExpress Publications, Inc.

The Trazees awards ballot ran on the Trazee Travel website from December 2017 through February 2018.

“We are extremely proud to be voted ‘Favorite Budget Airline’ by our American travelers, and we thank both the readers and voters of Trazee Travel for this award, as well as Global Travel Magazine. At Norwegian, we try to make it easy for everyone to find the lowest available fare with our popular Low Fare Calendar as we know our customers want an affordable, yet comfortable and safe experience to their destination. Due to our low fares, younger travelers can afford to fly long-haul more often and instead spend their money on experiences,” said Bjørn Kjos.

Travelers are able to purchase tickets on Norwegian’s website, which also includes a low fare calendar that displays the lowest available fares to all of Norwegian’s destinations.