Moussa to head as general manager of Airbnb, Northern Europe 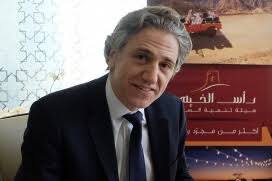 After the departure of James McClure, Hadi Moussa has been appointed as the general manger for Airbnb in northern Europe.

In his new role he will be responsible to oversee the local markets across northern Europe that will include UK, Ireland, Netherlands and the Nordics.

He will be facilitating opportunities for Airbnb so that it grows into a fully end-to-end travel platform, prioritize sustainable growth across the Airbnb community and continue establishing strong relationships with governments and stakeholders in the region.

In 2015 Moussa joined Airbnb and was the general manger for Middle East and Africa. He was also the head of EMEA business development.

Moussa was excited about his appointment , was excited to take up the role and continue to work alongside the Airbnb community and the partners in government.

He said that hosts have changed the entire accommodation industry and now they were changing travel experience be it the experiences people have with the people they meet and the experiences they make.

Moussa is experienced in technology and had earlier worked at Facebook on strategy and business development across the EMEA region. He also led the mobile partnership in Europe, Middle East and Africa.