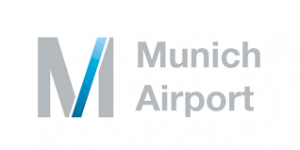 With packed grandstands, booked-out workshops and a spectacular final showdown – the second Bike & Style sports festival, which took place in the MAC Forum from August 3 to August 19, 2018, was a big success. Despite the record-breaking summer weather, around 50,000 visitors came down with bike fever. The action-packed highlight, on the final Saturday, was the mountain bike freestyle contest presented by Audi, with top riders from the freeride and slopestyle scenes competing for the prizes. Cheered on by numerous spectators crowding the grandstand, Lukas Schäfer beat out the competition as he advanced from the jam sessions through the elimination rounds to the final showdown. The German rider dazzled the jury of mountain biking and BMX pros with a perfectly executed Backflip Tailwhip to Barspin above the ramp – a stunt mastered by just a handful of top riders. Second place went to the Austrian competitor Peter Kaiser, and Bienvenido Alba from Spain won bronze. Points were awarded for style and the technical difficulty of the attempted jumps as well as execution and altitude.

Highlights: Freestyle shows and high jump contests
Other highlights of the two-week event were the freestyle shows and high jump contests held every Saturday and Sunday, with international superstars vying for the high flier title. Tobias Wrobel finally outdueled all comers with a 7.5 meter jump. Along with Wrobel, other stars of the freestyle shows, where top riders competed for the maximum airtime or the most daring tricks, included Tomas Zejda and Patrick Schweika. The grandstand was packed with fans especially during show times. It was the best spot for them to cheer on their favorites and get an up-close look at the pros pulling off the table top, straight air, t-bog and other dazzling moves.