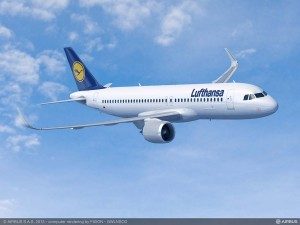 Lufthansa Airlines has increased its total first half-year revenues by 5.2 per cent in 2018, excluding the impact of the first-time application of the IFRS 15 accounting standard.

It is reported that the total first half-year revenues amounted to €16.9 billion, broadly in line with the prior-year level.

The traffic revenue for the first six months totalled €13.2 billion, which, excluding the first-time impact of IFRS 15, represents an increase of seven per cent.

Adjusted EBIT – the key profit metric of Lufthansa Group – was roughly at its prior-year level at €1,008 million. The prime features of Lufthansa Group’s development in the first half of 2018 were strong growth and a simultaneous improvement in our unit revenues.

At the network airlines, we were able to more than offset the added burden imposed by higher fuel costs through structural cost reductions and improved results by 26 per cent. Without the integration costs at Eurowings, which we willingly accepted to further strengthen our market position in Europe, the group’s result would have grown. The airlines’ performance was the key driver of the group’s results in the first half of the year. There are approximately 67 million passengers were carried, a new record for the period. The capacity, volumes sold and seat load factor were also all at new record highs.

The biggest driver here was the network airlines, with both Lufthansa German Airlines and Swiss making positive earnings contributions by achieving not only higher unit revenues, but above all, substantial reductions in their unit costs. First half-year fuel costs rose by €216 million to €2.8 billion.

The increase number of passengers is attributable to both the higher volumes and a higher fuel price.

An increase in the costs incurred through delays and flight cancellations had a negative impact on first half-year earnings.

The main causes of these irregularities were strikes and the infrastructural inadequacies of Europe’s aviation systems, such as the current capacity problems at the continent’s national air navigation services providers.

While on the contrary, the extreme weather (such as storms) also adversely affected flight operations far more than usual in the first half-year period.

The impact of these trends was felt by all airlines, not only the Lufthansa Group.