Lufthansa to launch four weekly flights to Eilat from October 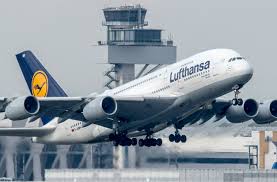 Lufthansa said it would fly from Frankfurt and Munich to the Ovda airport, north of the Red Sea resort town, twice a week, with effect from October 28.

The Lufthansa group’s Israel director, Ofer Kish, said that passengers will be offered the flexibility of flying from Germany to Eilat but returning to Germany from Tel Aviv’s Ben-Gurion International Airport.

Eilat will later be served by the new Ramon International Airport, which is expected to be operational early next year. Since 2015, a number of airlines, mainly low-cost, have been operating direct flights to Ovda, led by Ireland-based Ryanair and WizzAir, the Hungarian carrier.

The Tourism Ministry has a budget of 30 million shekels ($8.25 million) a year to subsidize flights to Ovda.