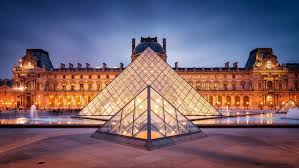 In 2018, record 10 million visitors set foot into Louvre, the most visited museum in the world. According to the management, 10 million is an unprecedented figure for an international museum.

In 2017, the number of visitors to Louvre, National Museum of China, and Metropolitan Museum of Art in New York welcomed 8.1 million, 8 million, and 7.3 million visitors respectively.

In 2018, the museum welcomed two very special guests – music superstars Beyoncé and Jay Z, who chose to stage their “Apes**T” video in the Louvre.

There was a new baggage storage facility, a new ticket office and a new reception area for groups, which allowed accommodating more people. The total cost of the works was nearly 60 million euro. It was financed under the agreement with the Abu Dhabi Louvre. The introduction of online sales also reduced waiting times, attracting more visitors and spreading traffic throughout the day.

As per Martinez, the record is driven by the recovery of international tourism in Paris after a 30 percent drop in attendance in recent years due to the attacks.

To understand the importance of this number, it would be good to know a few figures. Australia alone expects 10 million overseas tourist in 2019, India welcomed 10 million tourists.