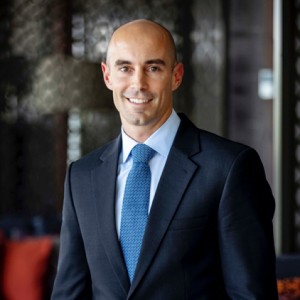 “Jeff is an ideal choice to lead Four Seasons Hotel Doha, along with overseeing the hotel’s future enhancement projects,” said Simon Casson, Four Seasons Hotels and Resorts President of Hotel Operations – Europe, Middle East and Africa. “His depth of international experience, specifically as it relates to hotel openings and transformations, in addition to his passion and enthusiasm for day-to-day hotel operations, makes him an ideal ambassador for Doha.”

Rednour – who hails from Las Vegas, Nevada, began his career with the company at Four Seasons Corporate Office in Las Vegas as an intern 18 years ago. Growing up in Las Vegas and surrounded by the city’s lively hospitality industry, it seemed like a natural career choice, and one that has proven to be quite suitable for this Four Seasons veteran.

“Ultimately hotels are about people,” says Rednour. “I realised I wanted to work on-property, building strong relationships with both the staff and the guests.” With that in mind, he made the transition from a corporate role to Director of Rooms at Four Seasons Hotel Houston in 2007, followed by stints at Four Seasons Resort Langkawi as Resort Manager and Regent Singapore, a Four Seasons Hotel as Hotel Manager.

Rednour makes the move to Doha most recently from Four Seasons Resort Koh Samui in Thailand, where he served as General Manager of the 74-room luxury resort. Under his leadership, Koh Samui was continuously recognised as one of the top resorts in the world by well-respected travel authorities, including Travel + Leisure and Condé Nast Traveler.

“Doha is an incredible destination, brimming with arts, culture, and an emerging cosmopolitan scene, and I’m absolutely honoured at the opportunity to lead the award-winning Hotel,” noted Jeff. “It’s truly a dynamic market and reflects the enthusiasm, innovation and diversity of the city – as reflected in our staff, which is made up of more than 53 nationalities and cultures, during this exciting time and as we look towards the future with Qatar 2022.”

Rednour is a graduate of the University of Nevada with a Bachelor’s Degree in Hotel Administration and holds an Executive Master’s in Business Administration from Temple University in Singapore. A culture enthusiast, Rednour looks forward to exploring Doha’s awe-inspiring desert, vibrant souqs and famed museums with his family.