In Madeira, names of the winners of World Travel Awards Europe 2019 announced 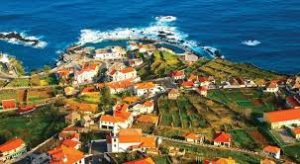 Europe’s finest travel brands have been disclosed at a star-studded gala ceremony in Madeira. The best of the travel sector gathered for the World Travel Awards (WTA) Europe Gala Ceremony on the magnificent Atlantic island to see who amongst them would be crowned best of the best.

Hundreds of the important travel industries figureheads all over the continent took part in the ceremony at Belmond Reid’s Palace, the significant hideaway, set in verdant gardens overlooking the Atlantic Ocean.

To quote Graham E. Cooke, Founder, WTA, “Our inaugural ceremony in Madeira has proved an incredible success. We have had the privilege of recognising the leading destinations, hotels, resorts, airlines and travel providers from across Europe and my congratulations to each of our winners.”

Also, Madeira made it onto the podium of the winner after picking up ‘Europe’s Leading Island Destination’. To quote Paula Cabaco, Regional Secretary for Tourism and Culture, Madeira, “We could not be happier with this distinction. Receiving this prize, at home, the first time we host the WTA Europe Gala Ceremony, has an even more special flavour. This is the result of the work we have carried out to bring Madeira to the European market. There is no doubt that we are the best island in Europe and with this campaign we leave the doors open for everyone to come and see and live Madeira!”