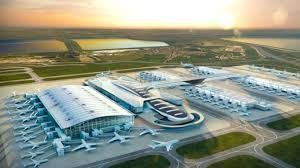 Heathrow received 6.7 million passengers in May that showed a 1.4% increase as compared to last year. It was also the airport’s 31st consecutive record growth month as travellers spent long weekends away on bank holidays.

After the opening of Flybe’s new routes to Newquay and Guernsey there was a 2.2 % growth and more than 134,000 metric tonnes of cargo were transported during the period.

To protect air quality and minimize congestion the airport will be introducing an ultra-low emission zone and wide vehicle access charge.

Heathrow CEO John Holland-Kaye stated that with more countries making use of the eGates they were now able to offer passengers from key trading partners a world-class experience at the border showing that Britain was open for business.

These links will be further strengthen by the Heathrow’s expansion and they will get on with  delivering their plan as quickly as possible to ensure that UK will be one of the world’s great trading nations as the country leaves the EU.

There will be a twelve-week consultation on June 28 on the preferred masterplan for the project.The public will be able to provide detail and comment on the airport’s latest plan.