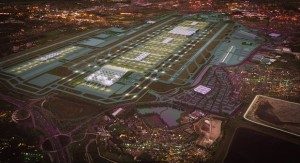 Heathrow authorities are unveiling plans to manage growth and achieve ‘carbon neutrality’ after the long fight concerning the third runway  ended  in the airport’s favour.

Many had said that it was against the idea of climate protection. The new plan will be focused on four major areas reduction/mitigation that will be incentivizing low emission aviation technology like electrification, improving airspace and ground operations that will facilitate in reducing emissions. It will further promote alternative fuels and there will be investments in carbon offsets like the UK peatland restoration.

In order to adopt emission reduction targets for 2050 the airport will be lobbying the aviation industry.

It is expected that there will be substantive benefits from such work and the commercial electric flight will become significant in the future with the backing of major airport like Heathrow.

Heathrow will offer zero landing fees whoever gets there first and would help in the promotion of the shift. The improvement of air traffic control and ground operations efficiency  will help climate emission and the air quality too.

It is important to reduce emissions as quickly as possible.