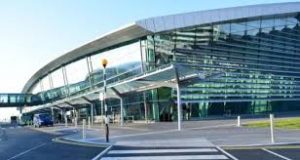 Dublin Airport is halting work on a €2 billion expansion following regulators’ proposals to cut the gateway’s passenger charges. This will negatively impact the projects which are needed to accommodate record numbers of air travellers.

The Commission for Aviation Regulation (CAR), which determines what Dublin Airport charges airlines for the passengers they fly from there, recently proposed cutting the levy to euro 7.50 a head for 2020-2024 from euro 9.30 currently.

Dalton Philips, chief executive of the airport’s owner, DAA, points out in a memo to senior colleagues that DAA’s investment plans depend on charges staying close to €9.65 a head, its 2018 cap, for the next five years.

The freezing of the investment has already hit work on the south apron, where DAA is spending euro 500 million. It’s the lion share on extra aircraft stands close to terminal two to accommodate Aer Lingus’s growing transatlantic business.

The DAA board decision comes ahead of next month’s deadline for submissions from interested parties on the CAR proposal. The charge has been cut so dramatically that the board had to stall all investment barring a new baggage screening system required by regulations.

Under the stalled plan, DAA also intended to spend €400 million adding piers and aircraft stands at northern side of the airport that would have been accessed via terminal one.

DAA says airlines supported the investment plan, on condition that passenger charges stayed flat, as the money would be spent on facilities they specifically sought.