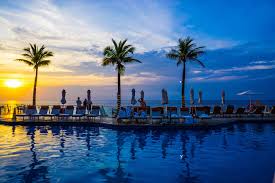 More than 1,300 cruise ships will visit the resort island of Cozumel this year, predicts the chief of the Quintana Roo Port Administration authority. Alicia Ricalde Magaña estimated that close to 5 million cruise ship passengers will set foot on the Caribbean Sea Island, making it one of the most visited tourist ports in the world.

The number of cruise ships and passengers visiting Cozumel has been on the rise for the past three years. In 2016, 1,114 ships took 3.6 million passengers to the island, while in 2017, the figures rose to 1,240 and 4.1 million respectively.

Last year, 1,297 cruise ships carrying 4.3 million sightseers docked at the Cozumel port. Among the visiting vessels was the world’s largest cruise ship, the Symphony of the Seas. In the first four months of this year, 550 cruise ships visited, a 4% increase compared to the same period last year. The passenger numbers rose by a larger margin of 9% to just under 1.8 million from 1.64 million.

The tourism in this Caribbean Sea Island generates hundreds of millions of dollars in revenue annually for the island, which is located off the coast of Playa del Carmen and is reached by ferry or plane. Despite increasing security concerns, 2018 was the best year in a decade in terms of cruise ship arrivals to Mexico. A total of 2,603 ships docked at Mexican coastal destinations, about half of which stopped in Cozumel. The international tourism numbers overall were also strong, with a record 41.4 million visitors entering the country.