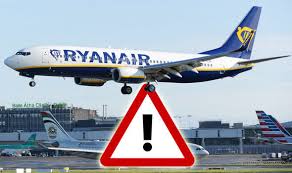 Steps to allow flights to shuttle between the EU and Britain in the event during a messy time of Brexit are unlikely to be enough to shun disruptions and cancellations, the head of the leading air transport group of the world cautioned on Thursday.

Britain is all prepared to leave the EU on March 29 but, with less than three months to go, UK Prime Minister Theresa May has been unsuccessful to get the support at home for an exit agreement, increasing the prospects of a “no-deal break” in relations.

“We are a bit worried because the first guidelines have been issued and, I think, represent a constraint on traffic,” said International Air Transport Association’s (IATA) director-general and CEO Alexandre de Juniac. He mentioned that the measures were taken on the basis of traffic between the EU and Britain in 2018, and so did not explain for planned increases in flights this year.

This would signify, in the event of a no-deal Brexit, flights would have to be adjusted or cancelled once traffic reached the peak last year on which the measures were based, he said. “I hope we will be able to convince UK and European authorities to be more flexible,” he told reporters in Dubai.

Also, De Juniac said that he did not believe flights would be grounded right away, if the EU and Britain failed to reach a deal before March 29.

Brexit blues at the same time intimidate British Airways (BA) parent IAG. Half of the domestic passengers in Spain and a quarter of the total could be grounded, if IAG cannot show that its Iberia and Vueling arms are owned by EU investors.