Airlines are all geared up in carving a beeline for Azerbaijan 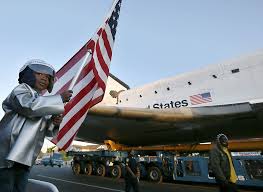 Language teacher Tim Stuebbe had went to Georgia and Armenia before he landed at the Heydar Aliyev International Airport in Baku, Azerbaijan. He was quite amazed by the way the airport “developed, clean and organized it seemed.” Also, it’s huge, at 65,000 square meters, larger than any other airport in the Caucasus. And his answer is exactly what Azerbaijan is counting on, as it’s all set to appear as a regional transportation hub.

Just seven years back, when construction on the airport started, those dreams were far beyond the reach of Azerbaijan. The old international airport of the country, its gateway to the world, had airlines flying little more than two routes: to the Domododevo airport, Moscow and Istanbul’s Kemal Ataturk airport. At present, over 30 carriers are delivering passengers to 40 destinations from Heydar Aliyev. Those numbers are getting bigger. Starting in March, big-name carriers like Etihad Airways, Air Arabia, Wataniya Airways and Jazeera Airways have introduced direct flights from places like Abu Dhabi or Kuwait City, even Tel Aviv to Baku. More and more passengers are flying out from Baku also. In last year, Heydar Airport served 4.06 million passengers, surpassing 2016’s figure by 23 percent. In the first half of this year, around 1.96 million passengers took flights out of the airport, 14 percent more than during the same period in 2017.

It not just international airlines Azerbaijan is relying on, though, to identify its ambitions. Before it reconstructs the Baku airport, it sank more money into its flagship air carrier, AZAL, taking delivery of two out of five Boeing 787 Dreamliners it had ordered and investing in several 767 freighters.

Tags: carving a beeline for Azerbaijan