UK tourism suffering from huge reputational damage due to Brexit 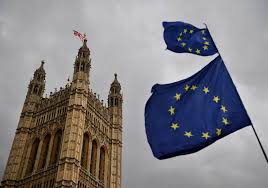 Britain could be seen by European visitors as a ‘basket case’ country for up to five years after a probable initial Brexit agreement according to a travel industry expert.

Tom Jenkins, executive director of the European Tour Operators Association said the UK is suffering from huge reputational damage due to Brexit that could last for years.

Speaking at WTM London earlier, Jenkins said, “The initial withdrawal agreement has still not passed 3.5 years after the referendum – and the final agreement could take two to three times longer. We are looking at finally agreeing to leaving in perhaps five or six years. We are giving the impression that we are a confused state.

That is not an impression that is going to go away quickly, but, of course there is a counter argument: that people do visit ‘basket case’ countries on holiday. The difficulty is that that until 2016, Britain was projected as and perceived to be a success story in Europe. London was the place to be, but now that reputation is gradually eroding.”

Jenkins added that the UK travel industry was underprepared for a potential Halloween Brexit.

Speaking at WTM too, VisitBritain director of strategy and communications, Patricia Yates said that a weaker pound is not resulting in more visitors to Britain.