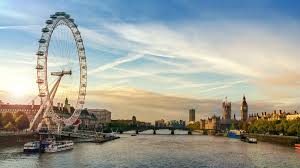 The UK has seen a record number of international tourists in the first nine months of 2017 as a new official statistics reveal.

Inbound visits from January to September in 2017 reached a record of 30.1 million, making it 7 per cent higher than during the same period the previous year.

Chinese tourists increased by a major rise of 33 per cent to 268,000 and their total spending reached as high as 48 per cent to a record £557 million. Overseas visits from Spain grew by 11 per cent to 1.9 million, with visitor spending up 14 per cent to £861 million.

German tourists also contributed hugely in spending with about £1.3 billion sale while in the UK which is close to a 5 per cent increase than previous year’s statistics. Visits were up 2 per cent too, reaching 2.6 million.

Interestingly, the tourists did not limit their journey to London centric regions but other English regions also received record number of visitors in the first nine months of last year. Some 12.7 million international visitors frequented England (excluding London) from January to September, a rise of 4 per cent.

Scotland and Wales both had strong visitor numbers, up 14 and 6 per cent respectively. London also saw an increase in international tourists, with 7 per cent more visits than January to September 2016.