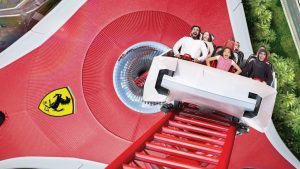 The UK government has updated its guidelines for tourists visiting the United Arab Emirates (UAE). It has warned tourists not to bring items such as skincare products and E-cigarette refills into the country as they are illegal.

The United Kingdom’s Foreign and Commonwealth Office (FCO) updated its guidelines on September 16.  It says says that some skincare products and E-cigarette refills may contain ingredients that are illegal in UAE such as CBD oil. If any traveler is found with these objects, he/she will be confiscated. The concerned person is also likely to face criminal charges.

CBD oil contains cannabidiol, which is found in marijuana plant. It is used in the management of pain, relief, epilepsy, Parkinson’s disease and sleep disorders. The oil is also present in soaps, moisturizers, eyeliners and lipsticks being sold in the UK and the United States.

As per the UK guidelines, the tourists in Dubai can acquire a temporary liquor license for the duration of a month from two official liquor distributors.

As per FCO, the tourists arriving in UAE will be handed over a code of conduct document as per which they will be asked to confirm they understand rules and regulations in relation to purchasing, transporting and consuming liquor in the country. The license will be only for use in the Emirate where it is issued.

This is worth mentioning here that passengers in transit through the UAE under the influence of alcohol can be arrested, says the guidelines.

With regard to the drug abuse, FCO issued statement in which it said that it believed in  zero-tolerance for drug-related offences. The penalties for smuggling, trafficking and possession of drugs have been made severe in the UK guidelines while the drug trafficking will amount to death penalty. Possession of even small amount of illegal drugs can lead one to a minimum of four year jail sentence. The presence of drug in the blood stream will be considered as possession while some herbal highs, like Spice, have been made illegal in the UAE.