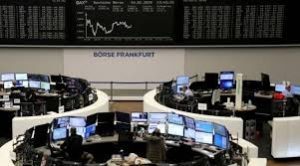 On Tuesday, European stocks bounced back to a record high in a broad-based advance, with travel industry rallying as tour operator Tui illustrated the way it has gained advantage from the fall down of a rival.

On Tuesday, the U.S. stocks increased as Fed Chairman Jerome Powell struck what analysts explained was a careful tone in Congress testimony. “The remarks support the belief that the virus developments reinforce low-for-longer on rates with some increased possibility of further rate cuts – a belief that has helped support risky assets through the virus shock to date,” said Krishna Guha of Evercore ISI.

Tui shares TUI, -0.14%  increased 13.1% after the Anglo-German tour operator modestly narrowed its fiscal first-quarter loss, mentioning that it witnessed booking trends and lifting its revenue outlook. Now, the travel and tourism company explained that it expects high single-digit revenue growth for the year in its markets and airlines business against previous guidance of mid-to-high single-digit revenue growth. Without mentioning Thomas Cook by name, Tui said it benefited from “the insolvency of a key competitor.”