Tourism boom in Spain is due to diverse factors 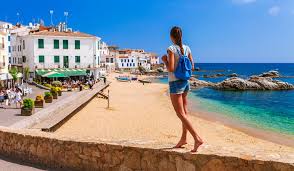 The fact that Spain is the second largest tourist destination in the world is not by chance. Spain’s prime position is due to many factors like diverse supply, good quality infrastructure, competitive prices and perceived security and safety. Among these factors, Spain’s geographical location has also historically been integral to the development of its tourism industry, besides warm temperatures throughout majority of the year. Spain is located in the region where most tourists come from.

However, Spain is not the only destination benefitting from this privileged geographical location. Many countries around the Mediterranean throughout southern Europe, the Middle East and North Africa, have also significantly developed their tourism industries.

The Mediterranean basin has strengthened its position as the world’s main tourism hub, recording 269 million international tourist arrivals in 2018, which is 19.7% of global tourism.

The Mediterranean basin is made up of Spain, Italy, Slovenia, Croatia, Bosnia and Herzegovina, Montenegro, Albania, Malta, Greece, Cyprus, Turkey, Lebanon, Israel, Egypt, Tunisia and Morocco. France is not included in the region due to its rather small share of tourism on the Mediterranean coast (Côte d’Azur) with 14% of the national total.

Since 1995, the Mediterranean region has been growing continuously at an average rate of 4.9% per year, with the exception of 2009, due to the global financial crisis, and 2016 due to a strong upsurge in internal instability in Turkey and Egypt. As per the UNWTO estimates, in 2019, the Mediterranean tourism industry continued to attract more tourists, growing by 5.8% compared to 2018 and strengthening its position as an international tourism hub.

One of the factors impacting the trend in the Spanish tourism industry in recent years is the situation in Egypt, Tunisia and Turkey. Spain’s boom in international tourism between 2011 and 2016 is largely due to a long period of instability in Egypt and Tunisia following the Arab Spring of 2010, along with insecurity suffered by Turkey between 2015 and 2016.