The tourism sector of Europe collateral damage in trade war 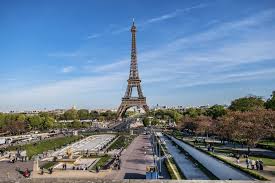 The tourism industry of Europe is probably heading towards collateral damage, at least to an extent, in the continuing Sino-American trade tensions. The biggest factor is the descending yuan. In late May, the euro was trading at 7.4 yuan. However, at present, figure has risen to approximately 7.93. That means that the euro has grown by 7 percent in value against the yuan in just over 70 days.

This would not be disastrous in terms of European tourism. However, it will likely slow down growth, both in terms of arrivals and spending in the coming months. European luxury retail is most probably to suffer the most, as a major portion of Chinese tourism spending in Europe comes in the form of Chinese purchases of luxury goods. For instance, a deteriorating yuan was pointed out by analysts as one driver of Pandora’s recently downgraded profit forecasts.

Its wrong timing given that Europe is going through a sort of boom in Chinese travel in the current scenario driven by both the EU-China Tourism Year and a much more constructive exchange rate earlier this year.

The decline in the value is the result of numerous key factors. The Renminbi (yuan) is a currency that both floats, like the U.S. Dollar, but also has state controls. As a weaker yuan would no doubt make China’s exports more attractive on the world market, this is likely not the main driver of the decreasing valuation of the yuan.

Tags: The tourism sector of Europe