The tourism attractions of England are more popular than ever before 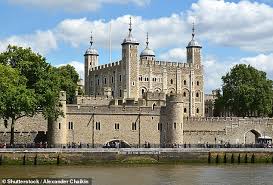 Visitor numbers to the tourist attractions in England have risen by about two per cent, it has been disclosed of late.

Museums and art galleries witnessed the biggest rise in visitor numbers last year, with a jump of six per cent. Through its doors, the Tate Modern alone welcomed 5.87million people.

From the top position, it has removed the British Museum in terms of overall popularity for the first time in 10 years. It welcomed 5.83million visitors in 2018.

The figures were disclosed in VisitEngland’s Annual Attractions Survey, which records the responses from over 1,500 English attractions.

For the 10th year, the Tower of London was topping the list of most popular paid-for attractions with 2.86 million visitors and Chester Zoo once again in second place with 1.97 million visitors.

Also, visits to places of worship experienced an increase with three per cent more visitors last year confirming the upward trend seen in 2017 after three years of decline.

In the meantime, VisitEngland’s recent domestic tourism figures show that for the first four months of this year, Britons took a record 11.8 million domestic overnight holidays in England, a rise of three per cent on the previous record set in 2017.

Tourism is worth £106 billion annually to England.

Tourism Minister Rebecca Pow said: “We are home to four of the top 10 museums and galleries in the world and each year our attractions draw in millions of people wanting to experience, enjoy, and engage with our rich and diverse culture.”