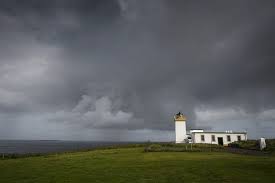 UK tourism businesses are getting worried by the day over post-Brexit immigration rules that may create shortages in the workforce. The proposed new skills- and salary-assessed system will mean those in jobs the government categorises as low-skilled – including many frequently found in tourism – may not qualify for a visa.

Set to come into force in 2021, the proposed immigration plans feature a minimum-salary requirement of £30,000 a year. At present, the average salary of tourism workers is estimated at £17,000. A large number of UK tourism businesses, surveyed by UKinbound, believe they will be unable to operate should the cap come into play – this amounts to 65% of businesses nationally, , rising to 73% in London and 88% in Northern Ireland.

The Office for National Statistics estimates that of the 3.3 million workers in the UK tourism industry, overseas workers account for around 16%. However, this figure masks the reality of regional and sub-sector proportions. For example, nearly half the tourism businesses in London rely on EU nationals for more than half of their workforce according to the recent report from UKinbound and Canterbury Christchurch University.

The report estimates that the tourism industry contributed £145.9bn to the UK economy in 2018 (7.2% of UK GDP). This makes it “one of the UK’s most successful industries” according to UKinbound CEO Joss Croft, who also spoke at the ETOA event. Croft suggested that “sudden restrictions could destabilise and imperil the industry” and subsequently the UK economy.

“Tourism is one of the UK’s major success stories, growing employment across the whole of the country, demonstrating the UK’s soft power, supporting education, investment and trade and showing the UK as open, tolerant and welcoming. It cannot and must not be taken for granted,” he said.

Current immigration regulations, across all industries, allow highly skilled workers to be recruited from outside the EU, and workers of all skill levels from within the EU. The proposed changes will replace this with a skills-based threshold for all non-UK workers, who would also require an employer to sponsor them. There will be transitional measures to allow temporary low-skilled workers on 12-month visas but that would not allow them to reapply for another 12 months (to prevent permanent UK employment). EU nationals currently residing in the UK will also have to apply for a visa, and also meet the requirements of the new EU Settlement Scheme.

Although salary and skills would be prioritised, the new plan would lower the overall skills threshold from level six (degree) to level three (A-level) for visas, meaning roles such as hotel managers would be eligible for a visa. Critics of the plan in the audience at the ETOA event suggested that foreign language skills should also be part of the criteria, a need more likely met by many EU workers. This, along with flexibility on salary according to region, are said to be under consideration by the non-governmental advisory body the Migration Advisory Committee.