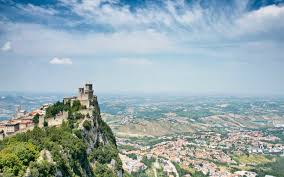 A tiny, comparatively unknown country situated entirely within Italy has turned out to be Europe’s top-growing travel destination.

As per latest data from the UN World Tourism Organization, San Marino, a 23-square-mile country with a population of around 33,000 people, is experiencing visitor rush. In 2017, tourism to the country increased by 31.1 percent year-over-year.

Offering a wealth of new information, the report side by side revealed that as of 2017, international tourism has experienced its greatest expansion in seven years.

“International tourist arrivals grew 7.0 percent in 2017, the highest increase since the 2009 global economic crisis and well above UNWTO’s long-term forecast of 3.8 percent per year for the period 2010 to 2020,” states the report.

Revival of outbound demand from countries like Brazil and the Russian Federation after a few years of down time, and the continuing rise of India, also contributed to inbound growth in many destinations.

When evaluated by region, Africa and Europe grew above average. Breaking it down further, into subregions, North Africa and Southern and Mediterranean Europe led results in last year, which shows a strong demand for destinations along the Mediterranean, according to the report