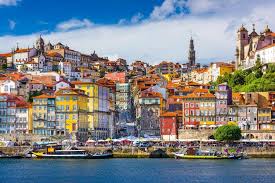 The tourism revenues of Portugal grew 13.9 percent in the first half of 2018 compared with the same period last year, reaching 6.9 billion euros. The country welcomes 9.6 million international visitors in first half of 2018.

In June alone, tourism revenues increased by 13.6 percent year-on-year to 1.43 billion euros. The most significant rises in tourism receipts were recorded in March (20.3 percent), May (19.5 percent) and February (16.1 percent), which are traditionally less recorded for tourism. The tourist revenues in Portugal are growing 5 times more than the rate of growth in the number of visitors.

In the first half of the year, the number of visitors grew 2.6 percent to 9.6 million and overnight stays rose 0.5 percent to 25.4 million. The figures show that tourism will continue to grow throughout the year,” noting that the pace of revenues means that Portugal is “growing in value, managing to attract tourists who spend more.” The tourism boom has made the industry the largest employer and one of the main contributors to the country’s economy.