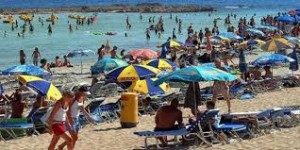 Asian cities had succeeded their counterparts in Europe and America related to international tourist arrivals last year, as per leading data and analytics company a. Asia was represented by seven cities like Bangkok, Singapore, Tokyo, Hong Kong, Seoul, Kuala Lumpur and Shenzhen as Europe, Middle East and America were limited to one city each with London, Dubai and New York City respectively.

Downfall of most of the Asian currencies (except Chinese Yuan) played a significant role in drawing international visitors to Asian cities. Tourists from Europe and China were instrumental in the growth of international arrivals to Asia.

London was the second most sought-after destination with 20.4 million international visitors riding on the back of deprecation in the value of British Pound ever since Brexit referendum, followed by Singapore, Dubai and Hong Kong with 17.42 million, 15.8 million and 14.03 million, respectively.

Boutsioukou adds: “Such figures point out that even more affluent consumers have to save for a holiday, meaning that they cannot travel at the drop of a hat and still view international travel as part of an aspirational lifestyle.”