Officials pinpoint that international visitors should feel at home in Greece 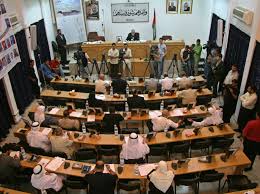 Greece, one of the most preferred tourism destinations in the world. It is a safe country for the travelers with all the essential measures having been taken by the officilas to make sure a unique carefree experience, officials have said.

“Travel within the country is relaxed, safe and reasonably priced,” the Ministry of Tourism told Xinhua, sending a message that the mainland and the Greek islands are safe places with a genuine thematic tourism experiences all through the year.

In Greek economy, tourism has been a customary pillar for decades and a main driver to develop even during the years of economic downfall. This year is anticipated to set another record number with 32 million of foreign visitors in total.

Greek authorities and ordinary citizens treat every guest with admiration and try their best to make their stay enjoyable while stressing on safety, ministry and local officials have said.

Santorini in the Aegean Sea and Zakynthos in the Ionian Sea in western Greece are among the most well-liked Greek islands that draw thousands of tourists every year, including many Chinese.

In 2017, arrivals from China increased by 35 percent and are anticipated to increase by 50 percent this year, according to Greek Tourism Minister Elena Kountoura.
The 150,000 Chinese tourists visiting Greece, along with visitors from across the world, should feel safe like home, officials stressed.

“Santorini, and generally Greece, is a very safe destination. There is a civil protection plan for every area and island of the country that is followed in cases of emergency or natural disasters and there is also one for our island,” the Mayor of Santorini, Nikolaos Zorzos, told Xinhua in a recent interview.