Number of international visitors to Spain witness a record high of 83.7 million in 2019 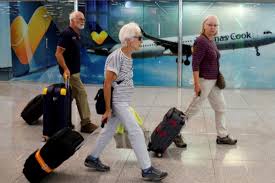 Tourism is an integral element to every country’s infrastructure, providing an opportunity for increasing revenue and awareness regarding what the country has to offer. The number of international visitors to Spain saw a record high of 83.7 million last year, said Industry and Tourism Minister Reyes Maroto. According to Reuters, tourist arrivals went up one percent last year in Spain, which is officially the world’s second-most visited country after France.

“We address 2020 with optimism, because we have a strong and consolidated sector, capable of tackling the challenges ahead of us,” said Maroto.

The minister added that one of the main priorities of Spain will be to tempt visitors from new countries along with having visitors all year long and not only limited to the summer season.

The Secretary of State for Tourism, Isabel Oliver said: “This magnificent data allows us to face 2020 with solid foundations and with the confidence that we have a strong sector capable of maintaining Spain as a world leader in tourism competitiveness.”

Britons still comprise the highest proportion of tourists visiting Spain, with 18 million Britons visiting Spain in 2019. However, this was a half a million less than in 2018.