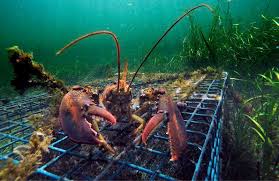 With Europe and China effectively off-limits due to trade tariffs, the New England lobster industry and other components of the region’s shellfish industry are looking for new markets.

In September, the nonprofit Food Export – Northeast, in association with the foreign agricultural service office of the U.S. Department of Agriculture, held a three-day trade mission to Dubai for allowing Northeast American lobster and oyster suppliers to meet with Persian Gulf seafood buyers.

Tim Hamilton, executive director of Food Export – Northeast said, “The bottom line, obviously, is we’re trying to diversify markets. The industry has relied so much on first Europe and now China. Both of those have met with challenges recently. We haven’t done that much with seafood in that part of the world and we thought we’d take a group there and learn more about the market and generate some interest among the industry there.”

Hamilton said that Dubai, which is one of the seven emirates of the United Arab Emirates and the other countries of the Gulf Cooperation Council (Bahrain, Kuwait, Oman, Qatar and Saudi Arabia) characterize a potentially lucrative integrated new market for American lobsters, oysters and other shellfish.

“The Middle East has money and they don’t produce food,” Hamilton said. “So there’s an understanding and a predisposition for eating foods from elsewhere.”

Hamilton said that the GCC countries offer several attractive qualities like consumer export markets. Dubai, with a population of about 2.3 million, is the most populous city in the UAE.

“We learned there is a huge amount of tourism in Dubai, a lot of premium tourism, and a lot of interest in the (seafood) market,” Hamilton said. “We sold $800,000 on the spot. And they estimate the future sales would be about $1.8 million a year just from the relationships we developed there.”