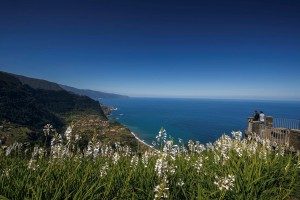 Madeira has been revealed as the host for the World Travel Awards (WTA) Europe Gala Ceremony 2019.

The Portuguese destination, which has taken the title of Europe’s Leading Island Destination for the past five years, will use the event to boost its profile on the international stage.

Madeira Tourist Board will welcome hundreds of industry leaders to the red-carpet event on 8th June 2019, when Madeira will celebrate one of its major events, The Atlantic Festival, which marks the start of Madeira’s summer season.

This announcement was earlier confirmed by Madeira Regional Secretary for Tourism & Culture, Paula Cabaço, to the newspaper Diário de Notícias.

She stated: “Hosting this event is of great importance, not only for the relevance of what this award involves, but also for the overall number of European tourist destinations which will be present at this ceremony.

“It is an extraordinary and unprecedented opportunity to promote Madeira, as well as to optimise its tourism potential abroad.”

Cabaço added: “Even though this has been an aspiration on our part for quite some time, the details of the WTA 2019, were finalized during the 24th edition of the World Travel Awards Grand Final, held in Vietnam, last December.

Christopher Frost, Group Vice President, WTA said: “It will be an honour for us to take the WTA Europe Gala Ceremony to Madeira for the first time. This Atlantic jewel is an island blessed with a sublime tropical climate, a fascinating culture, delicious gourmet food and incredible flower and fauna. I greatly look forward to joining the international hospitality elite there next year.”

The WTA ceremony will be held at the famous Belmond Reid’s Palace, a breath-taking island retreat overlooking the Atlantic Ocean.