Kenya gets the best tourism lesson from impressive Germany 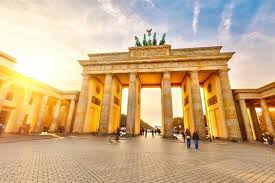 In 2017, Germany got around 37 million tourists, with Hamburg alone drawing 6.8 million visitors.

Culture is cited as one of the biggest attractions for tourists coming to Germany.

France and Spain performed good with 89 million and 82 million tourists respectively. This is more than their populations.

Branding is yet another factor. Marion Kutter emphasizes the branding of some of the most visited cities in Germany.

Heidelberg is the city of Mark Twain. Does that attract Americans? Why is Nyeri not the city or town of Baden Powell? Freiburg is a sunlit porch in the south of Germany.

Hamburg is the entryway to the world with ships harboring every day along the navigable Elbe River. Potsdam, on the other hand, is the home of palaces and gardens.

Prussian Kings resided there. Why can’t we make our former palaces tourist attractions? Where did Nabongo Mumia live? What of Wangu wa Makeri? What of chief Kivoi? What of all the laibons?

Cologne is popular for its impressive beauty. Which is the most beautiful city or town in Kenya? Kiel is the capital of sailing. Can Mombasa, Malindi or Lamu take the cue?
Munich is considered as the village of the world; extremely captivating. How can the home of BMW car brand be a village? Dresden is Germany’s treasure chest. It took more than its fair share of German treasures during WW II as allied forces closed in.