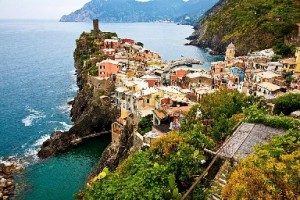 According to participants at a conference held by Italian national tourism industry association Federturismo in Rome, Italy is the fifth most chosen tourist destination in the world and China became a global tourism market leader this year.

At least 62 million international tourists reached Italy in the first nine months of 2018, out of a total of 1.83 billion people from around the world who traveled for pleasure in the period according to Federturismo.

The association also mentioned the success of Spain and Portugal in attracting tourists, which it said stems from “a convergence between politics and the economic system, which places the tourism sector on center stage as a driver of development”.

“An appropriate policy of tourist penetration in strategic markets must be one of the key chapters of the overall strategy we need to design and follow in order to increase Italy’s presence in those markets,” said Federturismo Confindustria President Gianfranco Battisti, who also called for “the implementation of a grand plan of accessibility for (Italy)”.

Tourism Minister Gian Marco Centinaio said that Italy must invest in digitalization and infrastructure while preserving its traditions for accessing its “incredible, still unexpressed potential”.