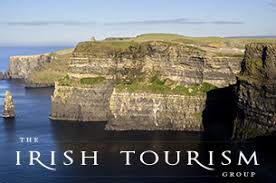 Indeed, overseas tourist numbers have grown 53% since 2012. In the same period, tourism spending has risen by an impressive 84%.

This means around €1.8bn in Exchequer revenue — roughly the equivalent of €1,000 per household in Ireland.

Our own Fáilte Ireland research indicates that more than 70% of overseas nights are spent in just five counties.

This points to a regional disparity which needs to be addressed. If we don’t, we face the prospect of congestion at popular tourism hotspots diminishing the attractiveness of Ireland as a destination.

More importantly, if we cannot ensure a greater regional spread of tourism activity, the sector’s potential for generating revenue and jobs will remain untapped in many parts of Ireland which are very much in need of regeneration.

Working with the trade, we are already seeing the start of increased regional dispersion with overseas holiday bed-nights outside Dublin growing by 7% last year compared to 1% in the city. But there is a lot more we need to do.

We have placed greater emphasis on promoting and developing the northern stretch of the Wild Atlantic Way to tap into the potential there.

Equally, more regional activity will result in tourists spending a greater portion of their stay within the east and Midlands rather than simply transiting through from Dublin to the west.

Our Ireland’s Ancient East brand has already reaped results in driving greater tourism activity into that part of the country and we have similar hopes for Ireland’s Hidden Heartlands, our newest regional brand, which was unveiled for the Midlands earlier this year.

However, there is much more to be done and we are nowhere near where we need to be in terms of a healthy spatial spread of tourism.

Our seasonality strategy is now delivering higher growth — in 2017, overseas trips to Ireland between September and December grew by 6% compared to 3% growth between May and August.

However, we need to continue to support businesses to stay open longer so they can extend their season, and thereby increase their revenue and job creation.

To do this, we need to create the attractions, events, and value offering that will entice tourists to come here beyond the summer.