International tourist arrivals in Italy expected to increase by 3.1 percent annually this year 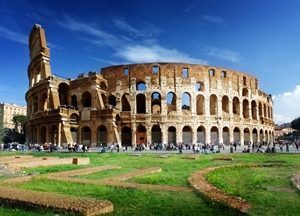 In keeping with the global upward trend, international tourist arrivals in Italy are expected to go up by 3.1 percent annually this year, as per projections by the Venice-based International Center for Studies on Tourism Economics (CISET) on Wednesday.

“The scenario shows a positive dynamic for Italy in line with global trends,” CISET said in its report.

However, CISET also said that the increase in international tourist arrivals would be more limited in contrast to the previous two years from all of the areas considered, and particularly from northern Europe.

“The positive trend from emerging markets — and in particular from Southeast Asia and from China — will remain above the average of some of the traditional markets, and this will allow arrivals to Italy to grow by 3.1 percent,” CISET said.

The forecast said that Italy will receive an estimated 74 million foreign tourists this year.
The tourism sector is expected to continue growing worldwide. “Despite caution caused by uncertainty at geopolitical level, a 3.5 percent (annual) increase — equal to 1.5 billion arrivals overall — is expected in 2020,” the CISET report said.

Based on figures from the Bank of Italy on domestic tourism and from the UNWTO on the global trends, the CISET report is published twice a year association with Ca’ Foscari University of Venice.

The report bases four macro-areas: the Mediterranean, central Europe, northern Europe and extra-Europe (including the Americas, Asia and south-east Asia, and Africa).
“The trend from Japan would also be positive, with an expected 4.6 percent rise in arrivals, confirming the strong interest of Japanese travelers in our country,” the CISET report added.

Tourism is a major source of income for Italy, which is the eurozone’s third largest economy.