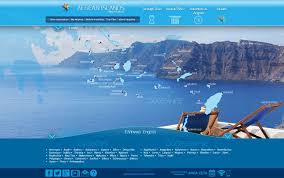 An Austrian electric bike expert introduced in 2016 and became the largest reseller in Europe in the segment by associating with tourism industry businesses and bike shops.

Established by Philipp Zimmermann, the model is exclusive in the cycling world. Greenstorm simply collaborates with hotel businesses, exchanging unutilized hotel room inventory for a fleet of electric bikes, frequently from renowned labels in the market. Greenstorm after a season’s use sells the fleets at a reduced price via store and online portal.

The idea came about in joint venture with Richard Hirschhuber who connected with the business in 2016, an owner of hotel and marketing consultant. The pair invested approximately €5,000 into the upstart, purchasing a fleet of 3,500 electric bikes.

Last year, Greenstorm had racked up a striking portfolio of 600 hotels spanning across Bavaria, Switzerland, Austria and Mallorca, among other electric bike hotspots.
Each bike sold on is estimated to only have ridden up to 1,000 kilometers at maximum and most will still fall well within manufacturer warranty.

As informed in the Eurobike Show Daily, the firm has this season purchased a 10,000 strong fleet, greatly expanding its reach in Europe. The maximum number of fleet stem from the Accell Group’s portfolio, KTM, Bergamont, Fantic and Ghost.

Profiting local independent bike shops, Greenstorm at the same time has a programme of selling on stock to partners. The benefits of this model additionally allow bike shops to make the most of the electric bike market, but with lowered retail prices making the segment easier to get to to a greater chunk of possible buyers.

A distinguished perk of this model is that the IBD needn’t carry the stock on their shop floor. As an alternative, participating stores can order via Greenstorm website, with delivery routed through the IBD.