In Europe, Paris surpasses London as most popular tourist city 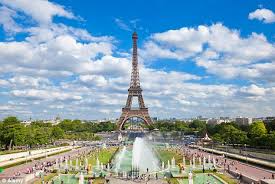 The capital drew about 19.09 million international visitors who stayed at least one night in last year, dropped 3.7 per cent from a record 19.83 million the previous year.

Over the same time, the number of people coming to Paris increased by about 10 per cent — to an all-time high of 19.1 million — to go beyond London in the “Tale of Two Cities” tourism battle.

The data, compiled for Mastercard’s Global Cities Index, which ranks 200 major destinations, is yet another impede for the embattled tourism sector of London.

It corroborates the figures from the Office for National Statistics published earlier this year showing that the number of international visitors to London dropped in 2018 for the first time since the Olympic and Paralympic games in 2012.

Bookings are considered to have dropped after the global image of London was stained by a series of terror attacks and the Grenfell Tower disaster in 2017, as well as the surge in knife crime.

The disorder over Brexit has also been a major contributing factor as several visitors from the EU dropped by 750,000 in 2018. In the meantime, the City of Light profited from the global surge in Chinese tourism, in part due to easier visa arrangements.

Nevertheless, the record inflow has attracted problems as well to the French capital, with authorities compelled to introduce “traffic-control” measures at the Louvre to manage 10 million annual visitors. The deputy mayor of Paris has also said tourism buses are “no longer welcome” in the city centre.

Though, the cities’ positions may change again in 2019 as the Global Cities Index forecasts that visitor numbers to the British capital will increase by 3.47 per cent in 2019, while Paris’ total will be only 2.24 per cent higher.