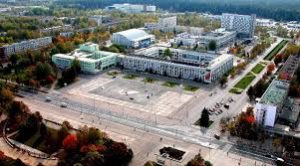 Ever since the launch of the 30-day visa-free travel program, Germany has been the most valuable tourism source market for Belarus, the Belarusian State Border Committee informed BelTA.

A total amount of 1,658 German citizens visited Belarus without their visas through the Minsk National Airport from 27 July to 26 August. It was roughly 500 people or 35.4% rise as against the same time in 2017. The United States was second related to the number of visits to Belarus. From the time of the launch of the 30-day visa-free travel, Belarus greeted 969 visits from the United States, which increased by 48.2% from the same time a year before. Italy came third with 946 visits (up 52.6%).

As it was reported before, foreign citizens are permitted to stay in Belarus for around 30 days without visas, provided they cross the border at the Minsk National Airport. Belarus President Alexander Lukashenko signed the pertinent decree on 24 July 2018. Citizens of 74 states can visit Belarus without a visa for 30 days (including arrival and departure days).