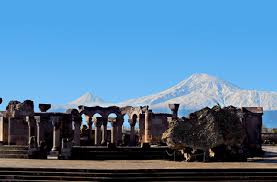 France, Spain, Italy, and the United Kingdom are among the world’s most frequented vacation hubs, with France taking the lead with an incredible 86.9 million international tourist arrivals annually.

This leaves many lesser known destinations like the Republic of Moldova to come farther faster. The UNWTO new data in 2017, for instance, showed that French tourism grew by 5.1 per cent; its landlocked competitor-nestled between Ukraine and Romania-witnessed a visitation spike of 19.6 per cent when it welcomed 145,000 visitors last year.

Warren Chang, chief operating officer for bespoke travel outfitter Cox & Kings’ Americas division said, “When you’re talking about these fast-growing destinations in Europe, there’s often a lack of name recognition, compared to more popular countries. But so many of these places have robust histories and a really understated romantic feel-plus diversity of culture and beautiful nature.”

He said that another benefit is accessibility.

“Off-the-beaten-path travel is more comfortable in Europe, where English is more commonly spoken, and while it might take time for a place like Moldova to develop as a stand-alone destination, it’s easy for people to tack short explorations of these countries onto their existing itineraries,” Chang added.

The UNWTO said that countries in Central Asia and the Middle East-these are the top 10 places to go next. They’re ranked by year-on-year growth: