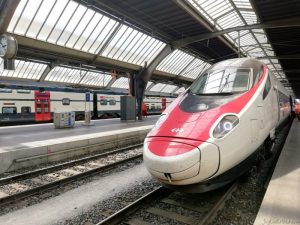 The Netherlands’ Ministry of Infrastructure & Water Management recently proposed the idea of establishing a pan-European network of passenger corridors. The proposal has been made with the aim of boosting European rail’s market share for international traffic. The passenger corridors can be similar to the ones already available for rail freight.

Back during the end of January, infrastructure minister Cornelia van Nieuwenhuizen-Wijbenga submitted a draft position paper to EU Transport Commissioner Adina Valean and Executive Vice-President Frans Timmermans. The submission came after a discussion between European Union member states and the European Commission in Amsterdam.

As a part of the liberalization of the railway sector, much has already been done at the European level to facilitate international passenger services. However, the position paper urges for some new action to promote modal shift as a part of EU’s European Green Deal to reduce climate change.

The paper highlights the railway’s upper hand in maintaining energy efficiency and lowering greenhouse gas emissions per passenger every kilometre as compared to private cars or aircraft. It suggests that railways can substitute airways up to 800 km of distance and nearly 6 hours of journey time. It also identifies the essential markets for international rail travel like short-distance, long-distance, cross-border and cross-modal.

The position paper requests EU member states to describe the framework conditions in order to develop a consistent network of international rail passenger services including night trains. It suggests the introduction of corridors up to 600 km that can connect cities with a population of more than 250,000 people. This should also include ensuring feasible journey timings and high frequencies.

It also mentions that the European Union should ensure the availability of data that can aid intermodal ticketing and reservation services while building a competitive open market for online retailing of railway tickets. The safety and security of passengers in multi-modal transport chains have also been suggested.