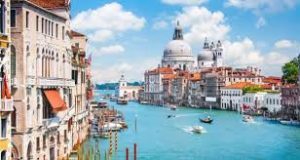 European destinations are gradually going up in popularity and attractiveness among long-haul tourists from BRIC nations.

The forecast of the travel report indicates that Europe is gaining increased attention as a tourism destination from overseas markets for the rest of this year.

The data shows continued popularity of European destinations among Brazilian, Russian, Indian and Chinese travelers. High travel costs and lack of time are expected to hinder travel plans of Japanese tourists in the coming months.

Brazilian tendency towards long-haul travel is increasing towards the end of 2019, due to accelerated economic growth in Q3, lower interest rates and faster-than-expected passing of reforms.

Growing travel demand is also expected from Russia in the coming months.

Russians will look for a good deal while picking a European destination for the autumn/winter season. So far, Italy, Germany, Turkey and the Czech Republic are the top choices.

The most attractive destinations for Chinese remain France, Germany and Italy. However, the popularity of Austria, Belgium, Ireland and Hungary has gone up significantly compared to the same period last year.

The number of Indians traveling abroad for holidays has been increasing continuously over the past years due to a growing young population, increasing disposable incomes and improved air connectivity to various countries.