Europe is all set to welcome the largest Chinese tourism season 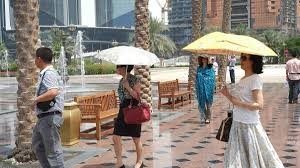 For a bumper year in terms of Chinese tourism in Europe, the stars have started aligning. Thanks to a rising taste for culture over shopping and fears of a cold reception in Donald Trump’s America.

“We came with our children to see the art, the culture, not to go to the mall,” a 40-year-old woman who wanted to be names as Li told Reuters on a visit to Paris for the second time.
“We went to the Versailles castle, saw the Arc de Triomphe, and we are seeing Notre Dame now,” she explained on a sunny afternoon close to the French capital’s medieval cathedral.

Chinese tourists are more and more eschewing package tours to Europe as a new trend to strike out on their own trips off the explored destinations, surveys suggest.

For July and August, leisure travel bookings in Europe are up by more than 4 percent from the same period of 2017 after an even stronger June, which overlapped with a Chinese holiday, according to data tracked by consultancy ForwardKeys.

“This year will certainly be the year with the highest number of arrivals from China ever,” Wolfgang Georg Arlt, director of China Outbound Tourism Research Institute, a consultancy based in Germany.

The US president’s attitude on trade relations with China and unlawful immigration, as well as his travel ban targeting Muslim-majority countries, is off-putting even though his tough talk is not directed at Chinese visitors.

“Mr Trump has been helping to push Chinese tourists to go to other countries… They see this as a crazy guy and who knows what could happen,” Arlt said.