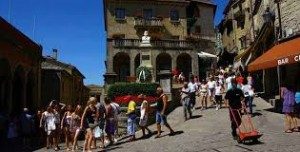 A new study by Euromonitor International unveiled at the World Travel Market London revealed that the tourist boards of many European destinations preferred the right travellers amid growing concerns about overtourism.

In March 2019 it is predicted by the Euromonitor International’s research that there will be a ripple effect across the continent after the UK will leave the European Union in March 2019. The trade talks will be affecting the outbound British travel market.

Caroline Bremner, Head of Travel at Euromonitor International stated that while the media have jumped on the topic and popularised the term ‘over-tourism’, city tourism boards were coming to grips with a future where they will be looking to attract the ‘right’ traveller.

Large number will no longer be a focus but incremental value that the different types of tourists will bring.

The targeted sectors will be arts, culture, sports, adventure and wellness this will help in the quality/price ratio to increase, as niche visitors are less price-sensitive and this in turn improves the overall quality of supply.

As per the research provider Europe’s tourism industry has been remarkably resilient despite economic and political turmoil, migrant crisis and terrorists attacks over recent years.

There is a strong growth in numbers even though the average expenditure per traveller has dropped.

There is a shift from the mass market with a focus on local cultures and residents.
Amersterdam is trying to shed its party destination image and is incorporating initiatives to reduce the negative impact of tourism and events on local residents.
EU might step out without a deal warns Euromonitor and UK was uncertain about the form of Brexit.

Wouter Geerts, Travel Consultant at Euromonitor International stated that UK’s outbound travel will be affected the most, as outbound expenditure outnumbers inbound receipts by 2:1.

Paul Nelson from WTM , London mentioned that for the long-term sustainability of the European tourism industry which is diversifying its offers to worry less about the sheer numbers and focus on valuable sectors.

There were sessions at the World Travel Market London on the impact of overtourism on many destinations and the tourist boards and the industry were engaging with residents and politicians for finding practical solutions.